Take a hike - Yushan do it!

Having hiked a few sizable mountains on previous travels, bagging the country’s tallest peak was on my wish list before even getting to Taiwan.

Over the Dragon Boat festival public holiday, my partner (George) and I got permits to hike it in a single day – it went a little something like this:

After a semi-sleepless night, we woke up, threw on our hiking clothes and grabbed our bags that we’d packed the night before.

We’d organised a taxi to take us to the start of the hike. The driver, who was keen to get moving, ushered us into the car quickly and made the most of the empty roads, zipping up them in the dark.

Got to the starting point, already at 2,610m altitude. We helpfully saw another group of early birds setting off for the day hike and followed their head torches up to the trailhead. We had amazing unpolluted views of the stars, which looked (maybe because we were only half-awake) very dreamy!

After walking 3km on the road, we arrived at the trailhead in complete darkness. There were parts of the path that seemed really narrow with, what I could only assume, was a sheer drop on the other side.

It had started to get light and we could finally see some incredible mountain views in front of a hazy purple sky. 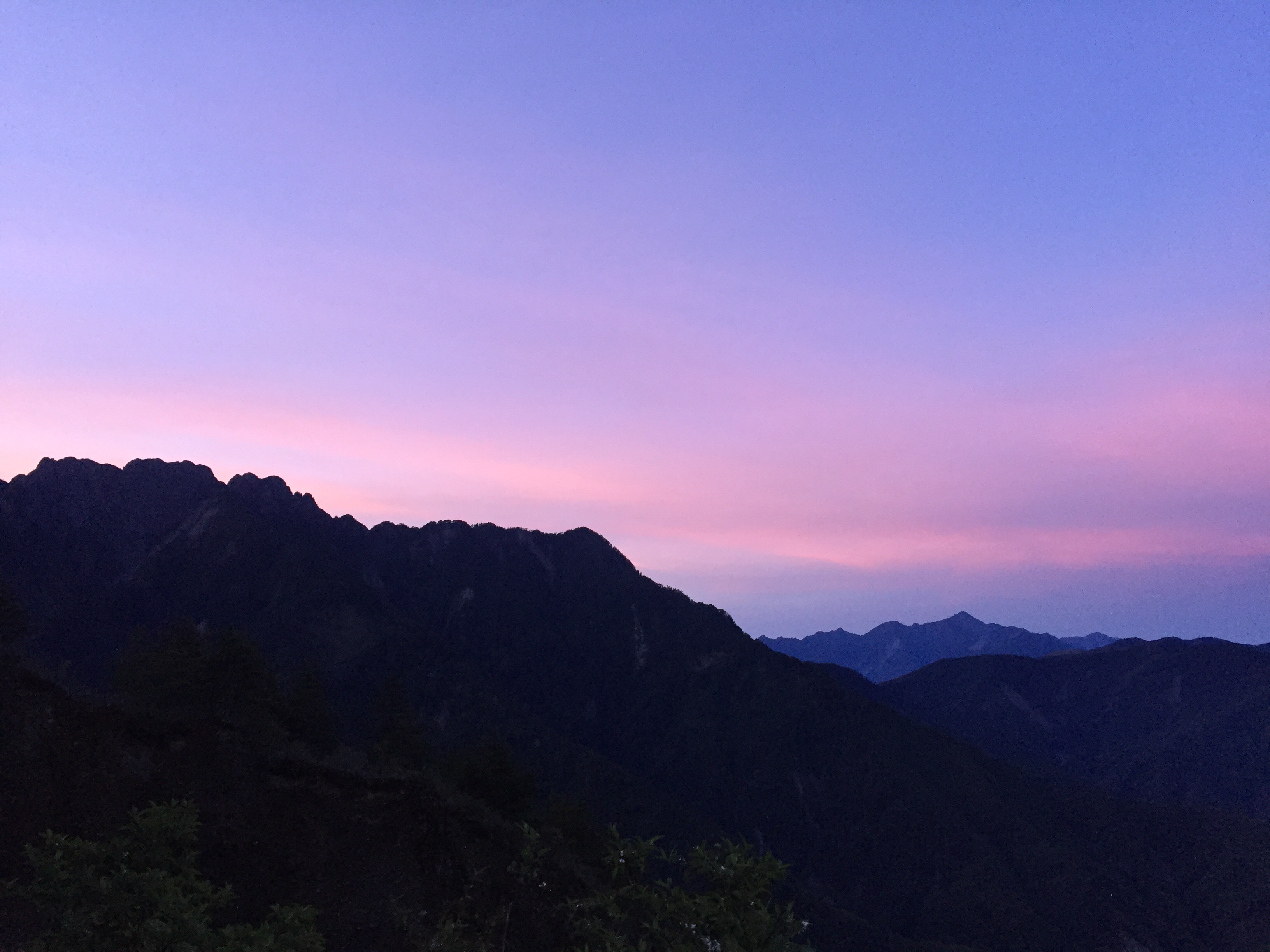 We had a couple of snacks including some fruit, nuts and an entire box of pineapple cake (we are in Taiwan, after all!).

The path seemed to be really well maintained and there were a couple of toilet stops. I happened to pull the lock a bit too tight in one of the toilets and very nearly spent the rest of the day in the worst smelling long drop toilet I’ve ever been in!

As we got closer to the lodge, we started crossing paths with hikers who were descending after having reached the peak that morning, who assured us it was beautiful and worth the climb.

We reached Payuin Lodge and felt a huge sense of relief. The lodge stands at 3,402m altitude and it’s where hikers ascending over two days spend the night. They have a supply of safe drinking water there that stops running at 9am so we made it in time for a refill.

After a 40min break, where we were grateful for a rest and being able to eat some pot noodles, we left Payuin Lodge for the 2.4km ascent to the peak.

The distance doesn’t sound like loads, but by this point the altitude and 2.45am wakeup were kicking in. We both felt tired, short of breath and dizzy, so we took it slow and steady with plenty of short breaks. Definitely the most grueling section of the hike! We had packed a couple of Snickers bars as a treat to eat at the summit, but had to crack into them with less than 1km to the peak for an energy boost.

The path got steeper and rockier as we neared the top. Thankfully, there were chains on most of this section to help pull us up.

We reached the peak! There was a celebratory vibe at the top with about 20 other climbers all hanging out. We were treated to some amazing views and also treated to a food donation of Taiwanese military ration cookies given to us by some hiking buddies we’d made. One man insisted on giving us a photo shoot at the peak, encouraging us to change our poses several times! 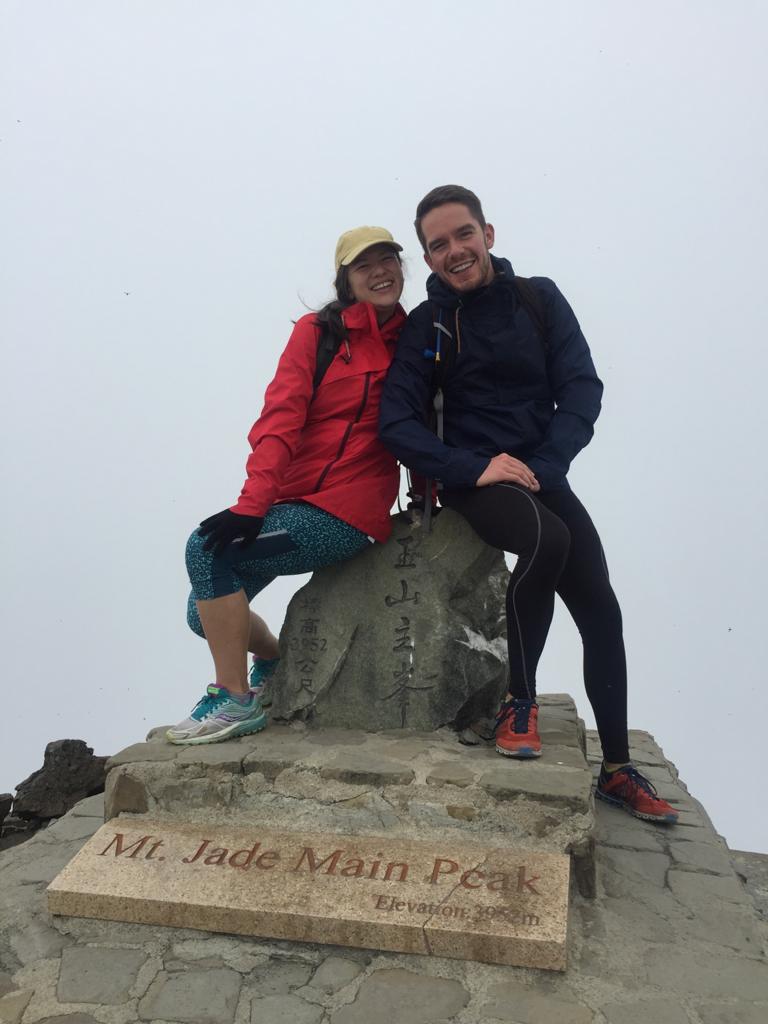 We left the peak after a 25 minute break. After the literal high of briefly being the tallest people in Taiwan, it dawned on us that we had the whole descent to go. What’s more, we’d run out of water with only a pack of Oreos, some wasabi peas and half a bottle of coffee to see us through 4-5 more hours of hiking.

The walk back down to the lodge was so rocky, it was a real ankle-killer. The drinking water wasn’t running at this point, so we had no option to fill up. Looking around, everyone seemed to be napping with their heads down on tables. It seemed like a good idea so we joined in and had a 15min power nap before getting back on the trail.

Conscious of the day getting away from us, and our dwindling supplies, we left Payuin Lodge and decided to pace it down to the bottom. It was satisfying being on the way down as hikers doing the two-day ascent were on their way up.

The heavens opened and it rained solidly as a nice treat for our last two hours of walking.

Finally we reached the bottom. The feeling of elation was quite literally dampened by the now torrential rain and our desperation for a drink of water. But we were able to truly appreciate the magnitude of our achievement after water, warm showers and a very large hot pot later that evening!